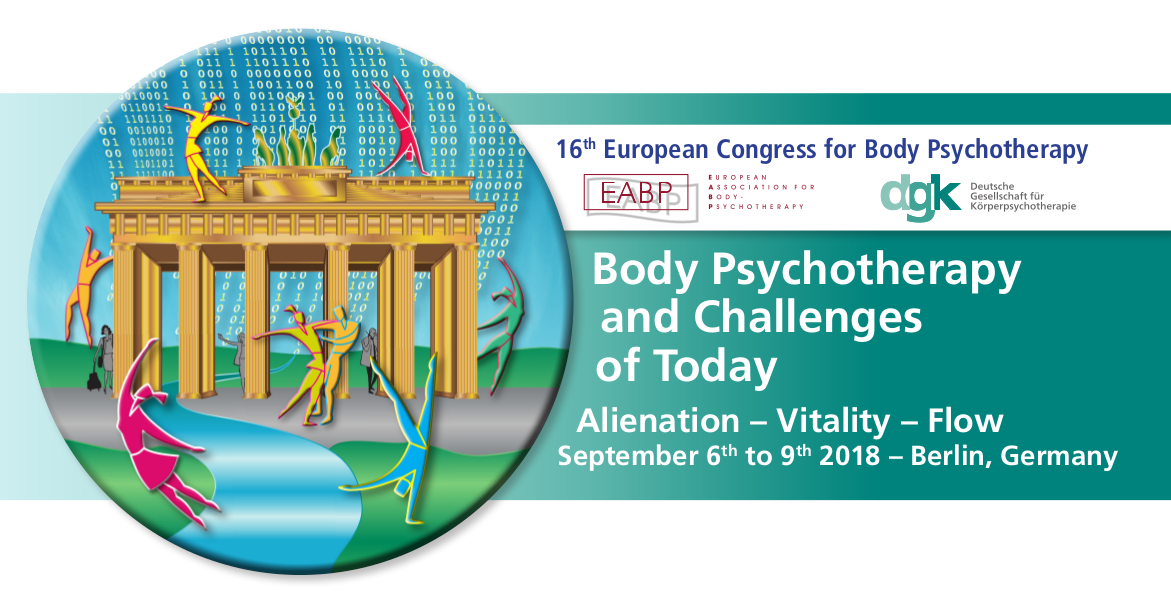 Gustl Marlock The Structural Changes of The Soul in Postmodernity

The theories of Psychoanalysis and Body-Psychotherapy are in their foundation deeply rooted in the cultural context of the last century. The older “culture of obedience” found its expression for example in notions of character as systems of inhibition, bearing expressive and impulse favoring methods. In the last decades western societies underwent huge changes.
In postmodern cultures of consumerism Freud´s notion, that freedom should be traded for the structural security of culture is reversed. Henceforth symptomatically we see a rise of diffuse, amorphous anxieties, growing structural deficits and chronic dependency, like in narcissistic and borderline dynamics and widespread inclinations towards regression. 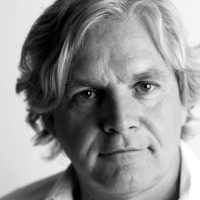 Prof. Maurizio Stupiggia The pain in the virtual world: a new challenge for Body Psychotherapy

Psychotherapy requires a reformulation of new paradigms.
Social crisis and modernization have significantly modified psychopathology; psychotherapists often deal with diseases, which are not proper mental disorders, but abnormal reactions to adverse life events.
Classic syndromes, such as depression, anxiety and obsessive-compulsive disorder, are considered in light of recent psychopathological changes.
An increase of borderline personality disorders and new forms of psychopathologies, such as those related to dysfunctional use of the Internet and behavioural addictions are likely to modify clinical practice.
Analyzing the transformation generated by the digital era, Dissociation, and particularly Somatoform Dissociation, is a crucial core of the problem. 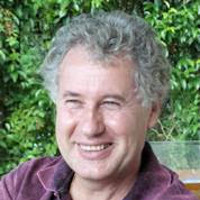 Maurizio Stupiggia, body-psychotherapist.
He works as a trainer in some European countries, in Japan and Latin America.
Professor of General Psychology at the University of Genoa (Faculty of Medicine). Founder, with Jerome Liss, of International School of Biosystemic.
Beside many articles, he wrote two books, which were translated in other languages, “La terapia biosistemica” and “Il corpo violato”. In collaboration with other authors he published “Il benessere nelle emozioni” (2009), and “Biosistemica, la scienza che unisce” (2015).

Much has changed in Western society in the last 70 years. Globalisation has taken over from contact on a more human scale, life is faster than ever before and people live under the pressure of success and a need to combine many roles. (To mention only a few)
Some complaints which clients bring to the consulting rooms are related to these changes. Others are not so new, but receive more attention nowadays. Currently we are frequently presented with burn-out, ADHD, Borderline behaviour and fear related problems e.g. In this lecture I would like to talk about a clinical approach based on a view of the underlying dynamics in humans, such as dissociation, which cause challenges in meeting today’s world. I understand today’s world as current times as well as in opposition to people’s own life history. 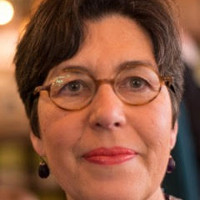 Jeanne Nakamura On the Experience of Flow

In daily life, action and intention, body and mind, person and milieu are often at odds. Against this backdrop, the flow state – the experience of complete absorption in what one is doing – has been described as a form of optimal experience. Being in flow is experienced as rewarding for its own sake, separate from implications for productivity and performance. Research has shown that this state of full involvement occurs in diverse activities – art, sport, work, social interaction. The presentation will describe the concept of flow and discuss psychological research on the flow experience. Special attention will be given to people’s accounts of the flow state and its dynamics within people’s daily lives. 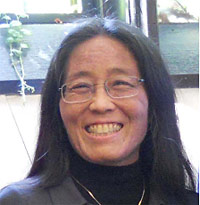 Jeanne Nakamura is Associate Professor of Psychology at Claremont Graduate University, California. She received her Ph.D. from the University of Chicago. She is cofounder with Mihaly Csikszentmihalyi of the positive psychology concentration and Quality of Life Research Center at Claremont, and is a member of the advisory council of the International Positive Psychology Association. She investigates positive functioning in a developmental context, including vital engagement and creativity, mentoring and good work, and aging well. She is coauthor of Good Mentoring and Creativity and Development. Her current writing and research address motivation and engagement in adulthood, the formative influences of mentoring and the formation of good mentors, and social innovation after sixty as a model for positive aging.

Body psychotherapists are uniquely positioned to address issues of gender and sexuality in authentic and empowering ways.  As clinicians, we bring a finely-tuned set of observational skills and relational perspectives that permit a creative exploration of how gender is experienced in and through the body.  However, gender has been a relatively neglected territory within body psychotherapy theory and professional discourse. The presenter will discuss how body psychotherapy practitioners might bring themselves into an experience of fuller contact with gender and sexual diversity, become more aware of the complex territory that these topics illuminate in themselves and their clients, and feel more confident and skilled in navigating that territory. 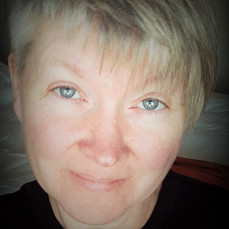 Rae Johnson, PhD, RSMT is a scholar activist working at the intersection of somatics and social justice.  Dr. Johnson is the author of Embodied Social Justice and several articles and book chapters on gender in psychotherapy.

Exploring wider cultural dynamics and contemporary existence leads to considering embodied-relational and intercultural dynamics. Reflecting on explorations in performance arts and other creative endeavours allows recognition of reciprocal relating and social bonding with human and other living beings. However intercultural dynamics bring us to tensions, conflicts and potential mis-attunements that we must address through considering processes of identifying, senses of identification and what these may mean for us today. My on-going developing awareness of “Embodied Intercultural Ground” includes deepened understanding of the centrality of differentiated and inclusive dialogical dynamics to the vitality of wider social bonding and embodied relational meeting. 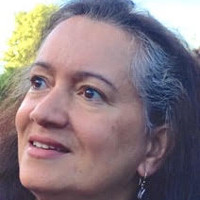 Carmen Joanne Ablack MSc, has a particular interest in mental health, social responsibility and educational matters, particularly access to professions. She is current President of EABP and  former chair of the Chiron Association for Body Psychotherapy (CABP). She is also a member of the Black, African and Asian Therapy Network (BAATN) Leadership Group in the UK. She has been published on a wide range of areas including clinical contemporary practice in psychotherapy, intercultural communications, diversity dilemmas, trauma, access and regulation.

Movement, sound, gesture, rhythm and language as the coin of exchange has been the cradle of our humanity, what Reich saw beyond the almost universal armouring in our societies. Body-psychotherapy is a restorative of that vitality. It allows us to re-engage and reconnect with ourselves, free from a certain tyranny of the intellectual, strategic or overdefining nature of much of other psychotherapy. Because emotions are such a forceful outlay in vitality they inevitably form a large part of the substance of Bodypsychotherapy. However they are just a part of a wider pulsatory whole, built on the natural expansion and contraction of life in human experience. 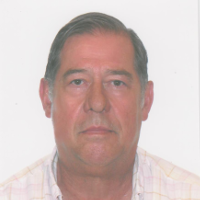 States of self-awareness can include little or no awareness of self (dissociation), functional and dysfunctional self-image and self-concept, and dysfunctional somatization and rumination including pain, fatigue and anxiety/depression. The state of Embodied Self-Awareness (ESA) runs along unique nervous system pathways linked directly to psychophysiological processes that promote reduction of pain, rumination, and anxiety; feelings of ease, relaxation and self-acceptance; feelings of closeness and connection to others; and improvements in stress regulation, immune, cardiovascular, digestive and respiratory function. This presentation explores the experiential and physiological markers of ESA, in both client and therapist, and they are not what you think. 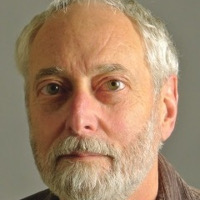 Manfred Thielen Body psychotherapy and the Challenges of Today and Tomorrow

Important pioneers of BPT are Wilhelm Reich and Elsa Gindler. BPT has its roots in psychodynamic psychology but has developed since the sixties into the direction of Humanistic Psychotherapy and represents in Germany one of its approaches. BPT received a deepening and widening by the research findings of pre-; peri- and postnatal psychology, infant and attachment studies, brain research and gender studies as well as observations from clinical practice. Thus BPT is well aquainted for the sociopolitical, cultural and clinical challenges of our time. The neoliberal narcicisstic imprints of the modern society has caused an increase of narcicisstic and Borderline personality disorders which are able to be treated appropriately by modern BPT. 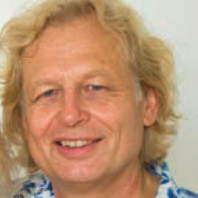 Andreas Peglau The rightward shift in the 21st century. Wilhelm Reich's "Mass Psychology of Fascism" as an explanation

Since 2014 there has been a political "rightward shift" in Europe and the USA. Electoral successes of "right-wing" parties and xenophobic attitudes are increasing in Germany.
Bertolt Brecht has already warned against a resurgence of fascism: "The womb is still fertile, from which this crept." But what is this "womb"?
Wilhelm Reich, who developed the first form of body psychotherapy in Berlin between 1930 and 1933 and has been writing the "Mass Psychology of Fascism" in this period, gave explosive answers to this question. But these are almost universally ignored in politics and right-wing extremism research. However, without considering Reich's findings, there should be no chance to understand the international "brown renaissance" nor to oppose it effectively. 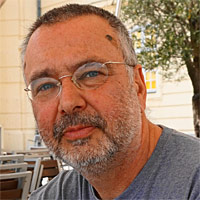